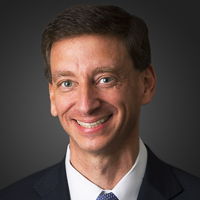 We recently sat down with the newly appointed Head of Crisis and Litigation Communications, Myron Marlin to discuss his career, how he handles a crisis and his best advice for companies facing a crisis.

Q:  What’s your approach to handling a crisis?

A:  Every crisis is different and needs to be addressed based on the facts at hand.  But, I tend to approach most situations by asking three basic questions: 1) What happened? 2) What was done to try to prevent it from happening? And, what is being done now to address the situation and ensure it doesn’t happen again?

Interestingly, when we are called by a company or non-profit organization, the answers to the first two questions are already set it stone.  Whatever happened, happened.  So I like to focus a lot of energy on question #3 – what is the client doing to show that it is acting responsibly and conducting itself as a good corporate citizen should.  Every company and organization is bound to face a crisis – so often it’s how they handle the crisis that can most impact their reputation.

Q:  Where do companies most often fail once a crisis occurs?

A:  Missteps are bound to happen in the heat of a crisis.  But, often the failure is saying nothing or saying something too late.  I often liken it to flying on a plane, when the aircraft hits turbulence.  At first, the plane shakes and you think nothing of it.  Then it shakes some more and you become concerned.  At some point, if the pilot doesn’t say anything your mind starts to wander and you think the worst.  But once the pilot comes on and calmly says, “Lady and gentlemen, we’re experiencing some turbulence, we hope to get around it momentarily,” you suddenly become more at ease.  It’s the simple matter of hearing a voice of authority.  It’s about letting people know you’re on top of the issue.  That can make all the difference.

Q:  How did you get to where you are?

A: After practicing law in New York, I worked on the Clinton campaign and ultimately landed a job answering phones for the chief spokesman of the Justice Department.  It was a huge pay cut and a roll of the dice.  But, within a couple of weeks, I was offered a job as spokesman for the Civil Rights Division working on everything from church arsons, to police misconduct cases, to lending discrimination and redlining.  From there, I worked my way up the ranks, learning about the various matters the Justice Department gets involved in and how those matters wend their way through the department.  Eventually, I was named the chief spokesman and director of public affairs – one of the most rewarding experiences someone in our industry could have.  When the Clinton Administration ended, I knew I wanted to remain in the communications arena where I could combine my knowledge of the law, government and communications – so I headed to a public relations firm in D.C. to focus on communications around litigation.  During the Obama Administration, I ventured into the regulatory arena serving as the communications director at the SEC.  And, thereafter, I came to FTI Consulting because of its deep bench of expertise and its global footprint.

The 2022 electoral calendar promises to deliver box office entertainment for those with an interest in international aff...